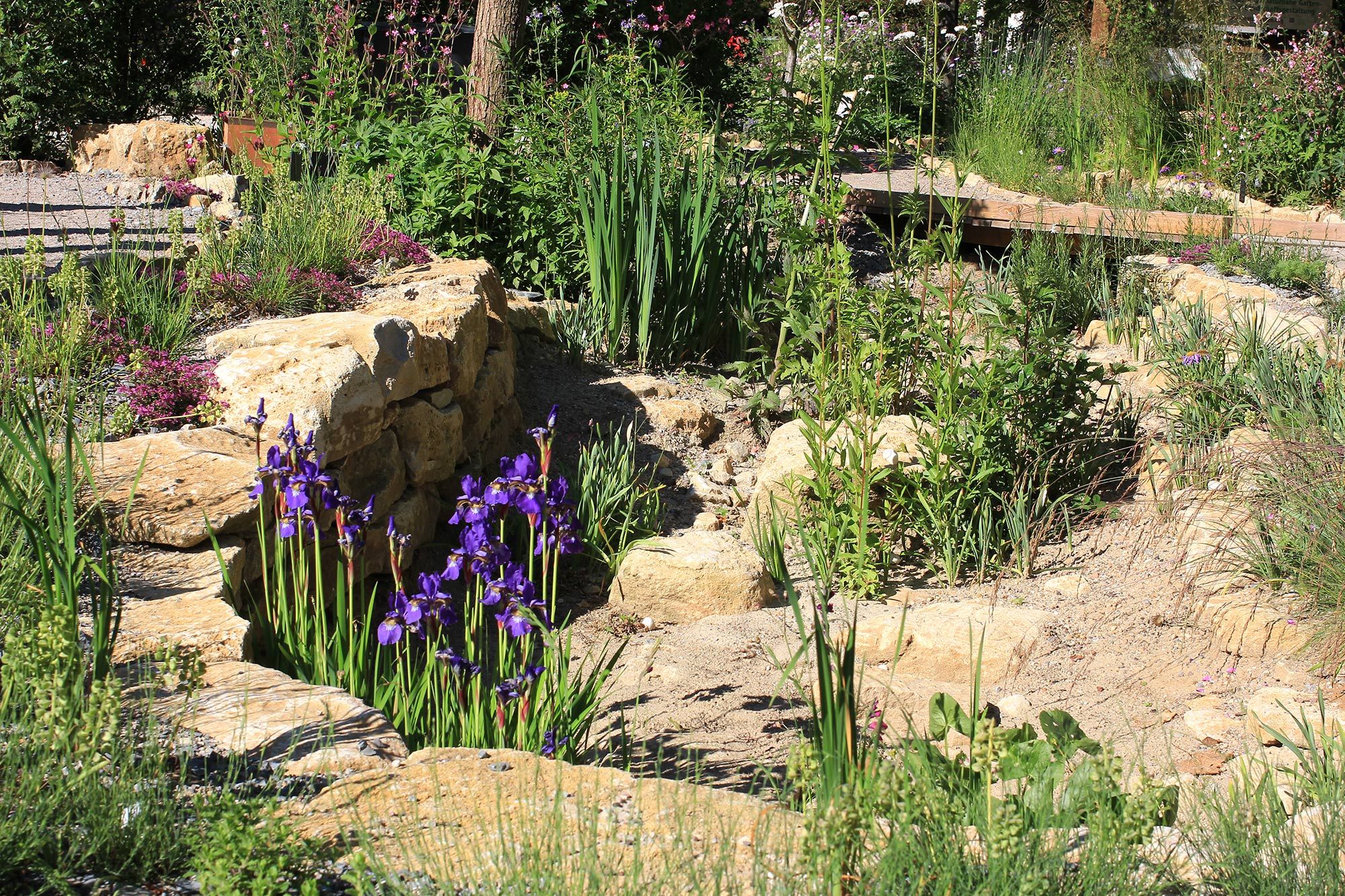 The NaturGarten e.V. is also represented at the Bundesgartenschau in Erfurt, so it comes to this contribution. I have looked after the show garden there for a few days and learned really what :)

For example, I learned that such a federal horticultural show can not necessarily compete with the most innovative start-up in the world - and obviously does not want to. 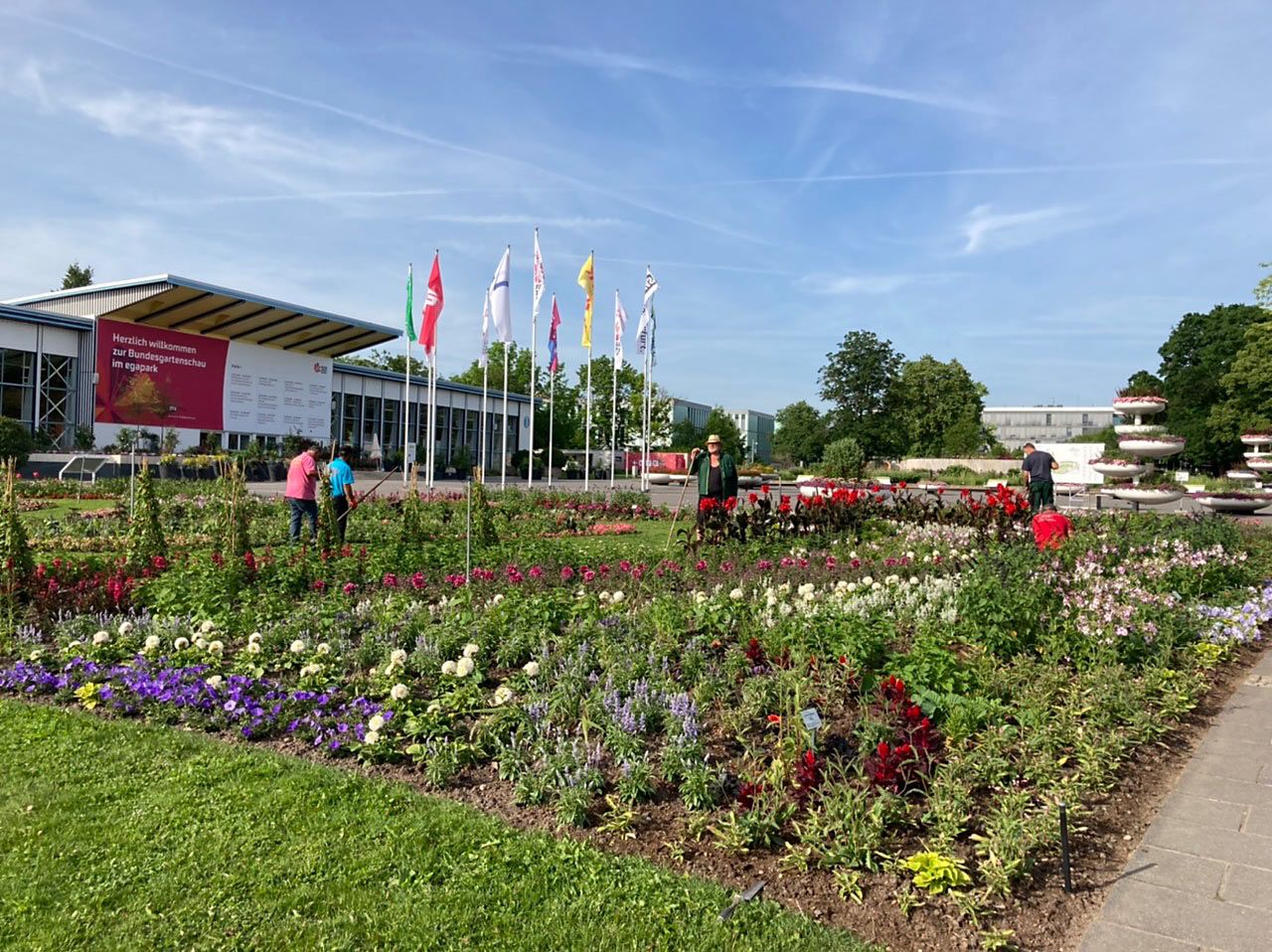 When strolling through the BUGA ...

At first glance, if you stroll so through the borders, it almost looks as if you got into a time machine, and landed in 1985 by chance in a federal garden show city. At any rate, that was my impression, and mine alone. Perhaps that's because for the last 99 years or so I've had exactly such flowerbeds demonstrated at my home in the garden area in front of our town hall, that is, in similarly prestigious surroundings, albeit on a smaller scale. 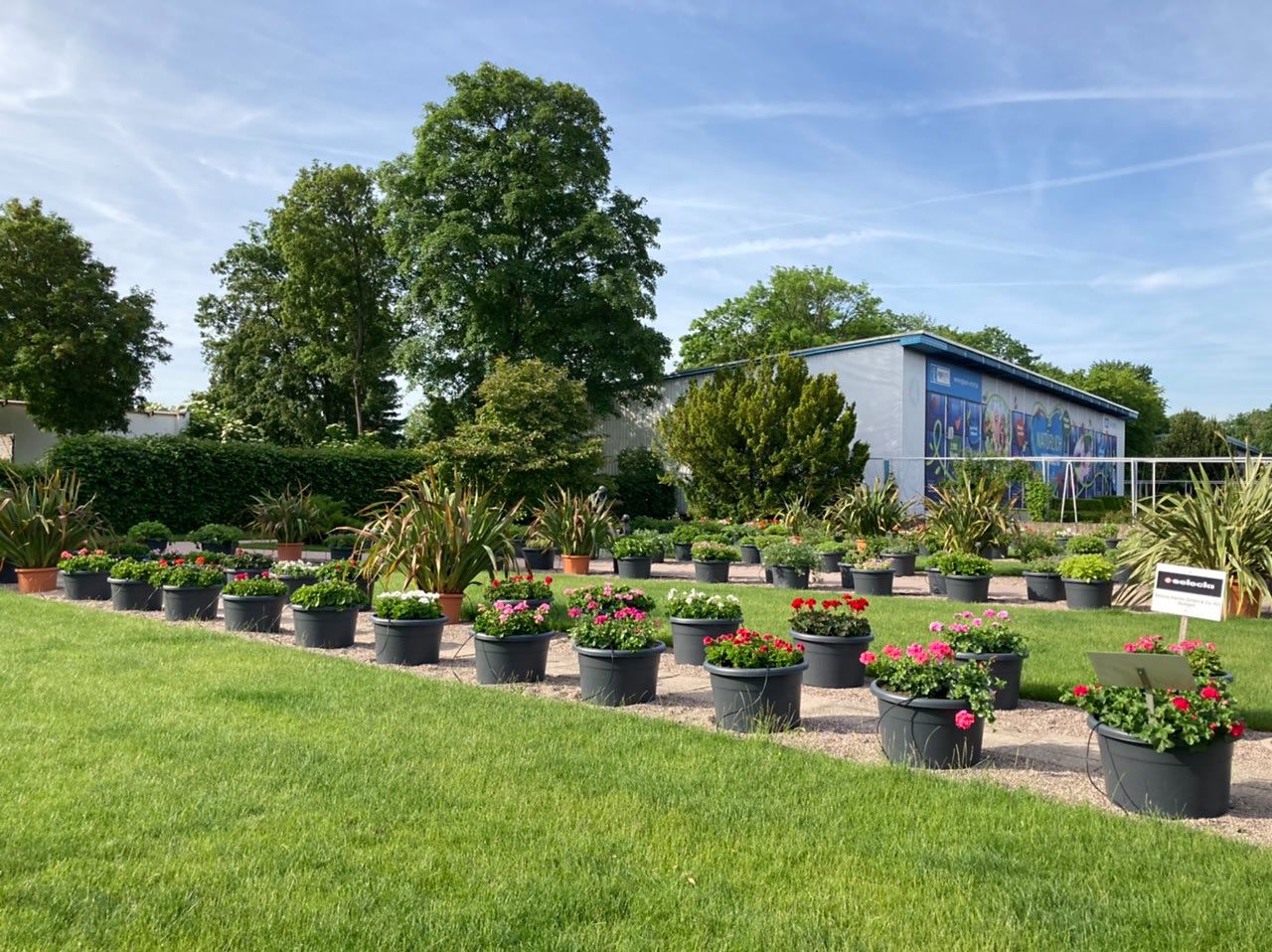 And another famous story inevitably came to my mind while strolling. This one knows every child and even more every adult and almost every person in the world actually. It starts like this ...

"We are in the year 50 B.C. All of Gaul is occupied by the Romans.... All of Gaul? No! A village populated by indomitable Gauls does not stop resisting the invader. And life is not easy for the Roman legionaries who lie as garrison in the fortified camps of Babaorum, Aquarium, Laudanum and Little Bonum..."

The indomitable little Gallic village, in the middle of the territory occupied by the Romans, is ... yes quite obvious, the small, inconspicuous natural garden. It offers indomitable resistance in the midst of a tamed, well-structured complex of fireworks of (highly) cultivated plants and exotics, which stand neatly in rows. Formalism at its finest.

Something like this in the 21st century? One does not necessarily expect that.
Nevertheless, also casualness was celebrated here by throwing a lot of oversized cushions on the English lawn. There the visitors can throw themselves, informally, as said, informally and casually into it, after they have marveled at the plant objects brought strained into form and have photographed.

But actually I did not want to blaspheme so much - some horse has probably gone through there with me.

This is really a tiny Gallic village in the occupied land, but a real oasis - for the visitors, and for animals, especially for the small ones, for wild bees, hoverflies, caterpillars, butterflies, aphids, i.e. for those about whom there is so much talk in big politics right now. Let's hope that the BUGA is not an image of what the politicians have come up with at the moment for the agreed agricultural reform.

Now, however, is really enough with politics! Word of honor. 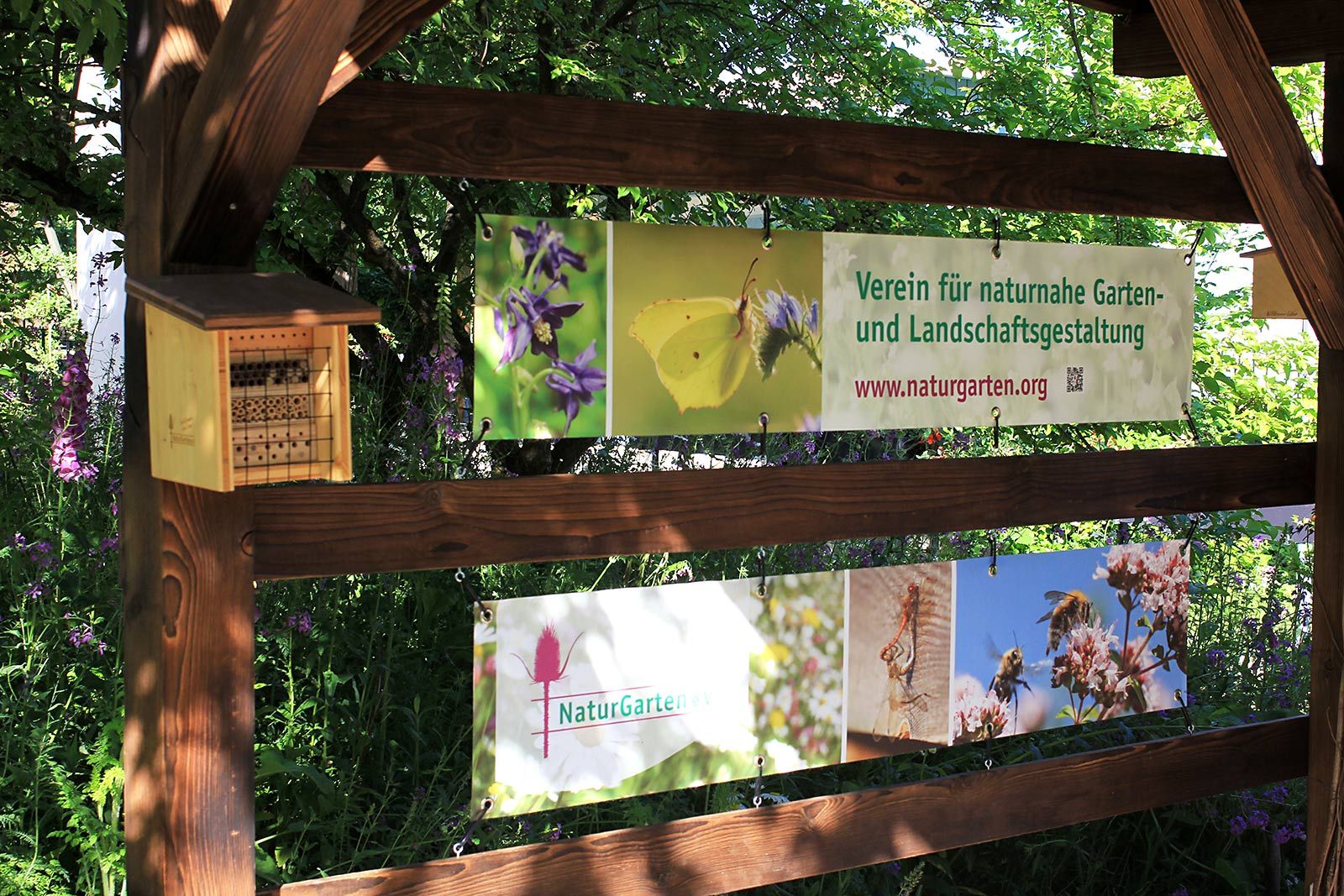 It starts with the pavilion, which serves as a rain collection point. The water runs from the roof into the wooden barrel, the overflow goes into a stream whose bed was designed with shell limestone from the region. At the end it runs, under a footbridge made of robinia wood, into a seepage pond.
In the upper course, a pond liner is placed underneath so that the water remains on the surface for as long as possible; the period in which water can evaporate is extended, and the cooling of the surrounding area becomes more efficient. An example of how to implement the 'sponge city' principle. Water storage instead of draining into the sewer system as quickly as possible is the goal of this concept.
. 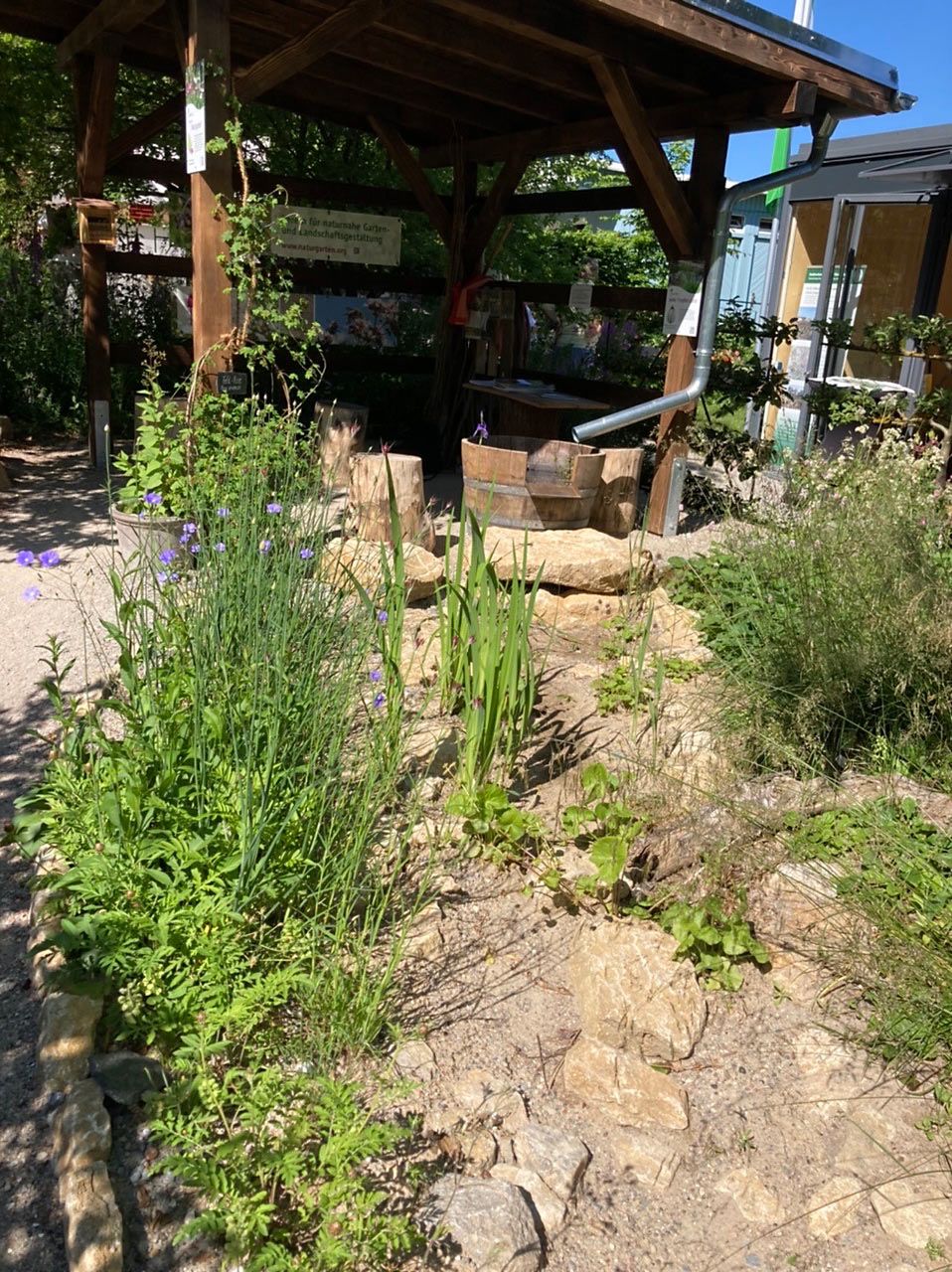 Wetland plants such as marsh marigold (Caltha palustris), cuckoo campion (Lychnis flos-cuculi) or brook carnation (Geum rivale) are planted in the upper reaches of the stream. In the streambed after the bridge and in the seepage pond, loosestrife (Lythrum salicaria), true meadowsweet (Filipendula ulmaria) and Siberian iris (Iris sibirica) are added. 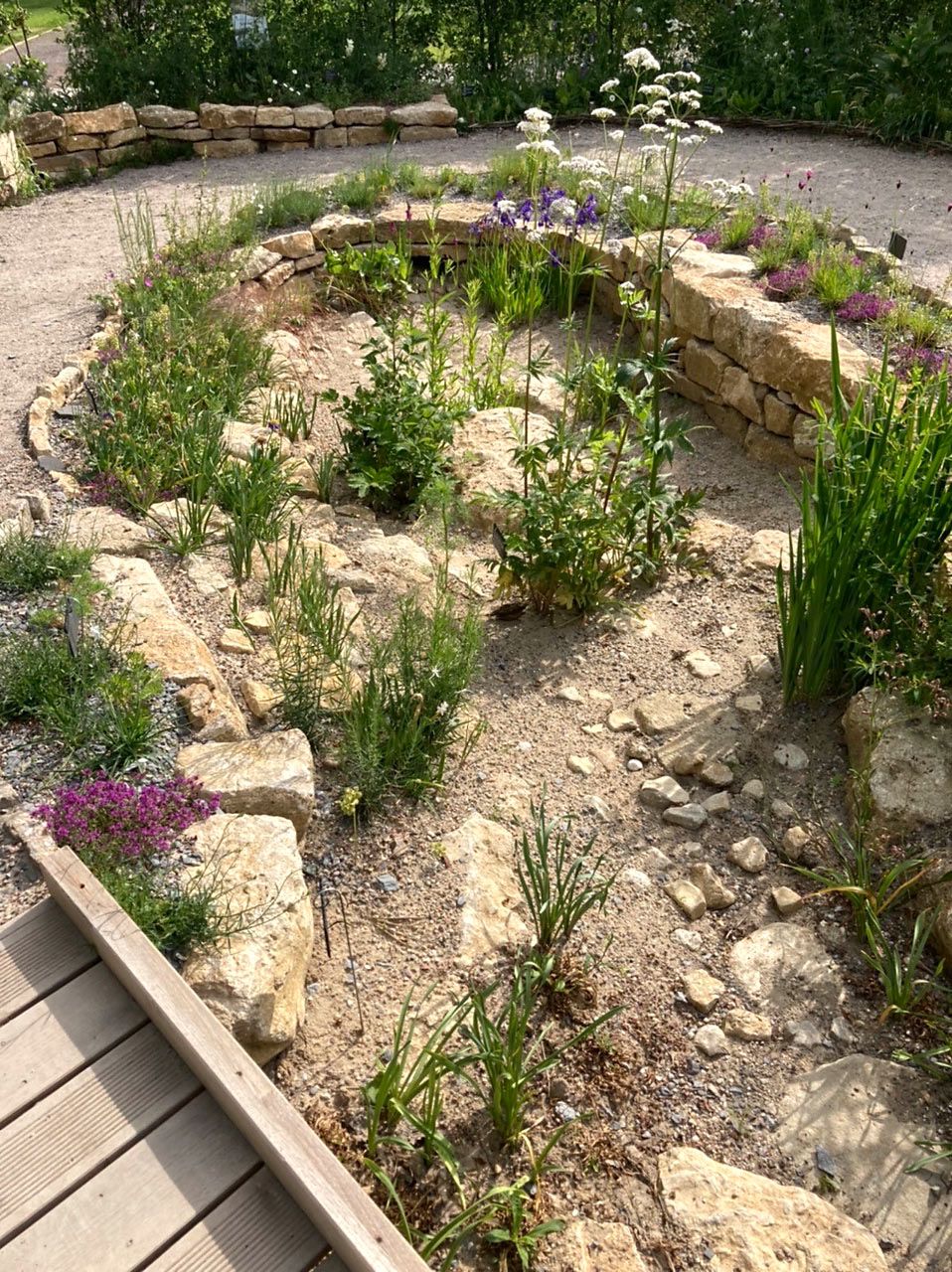 Continuing with a bed on 'normal', nutrient-rich garden soil, which was planted under a walnut tree, i.e. in a shadier area. Here is a selection of perennials planted in this location that were also blooming there, or at least visible, at the time I was at BUGA. After all, the blooming aspects change all the time and if you come four weeks earlier or later, everything looks brand new again. Of the Märzenbechern and Dichter-Narzissen was not much to see in mid-June, of course. 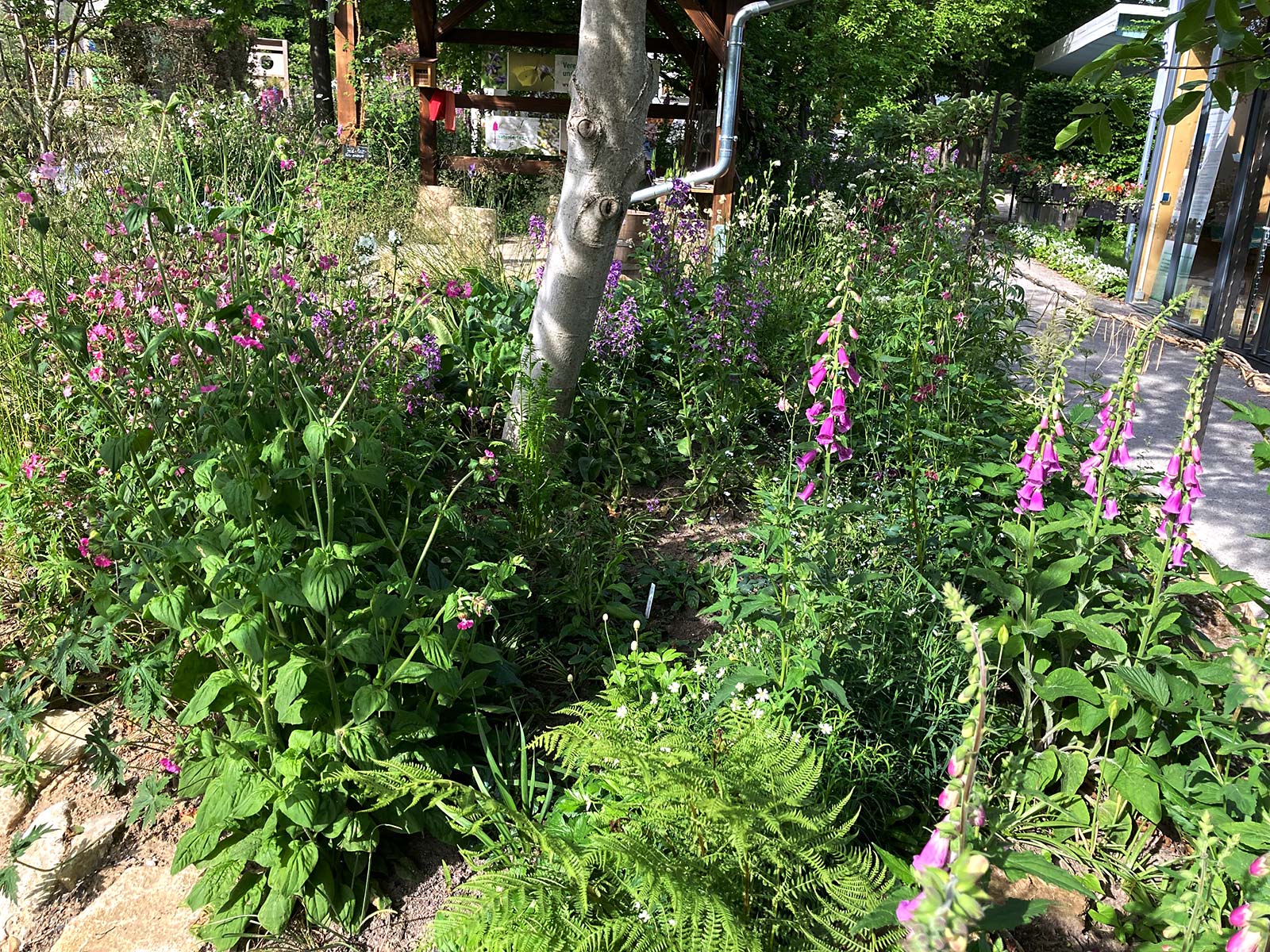 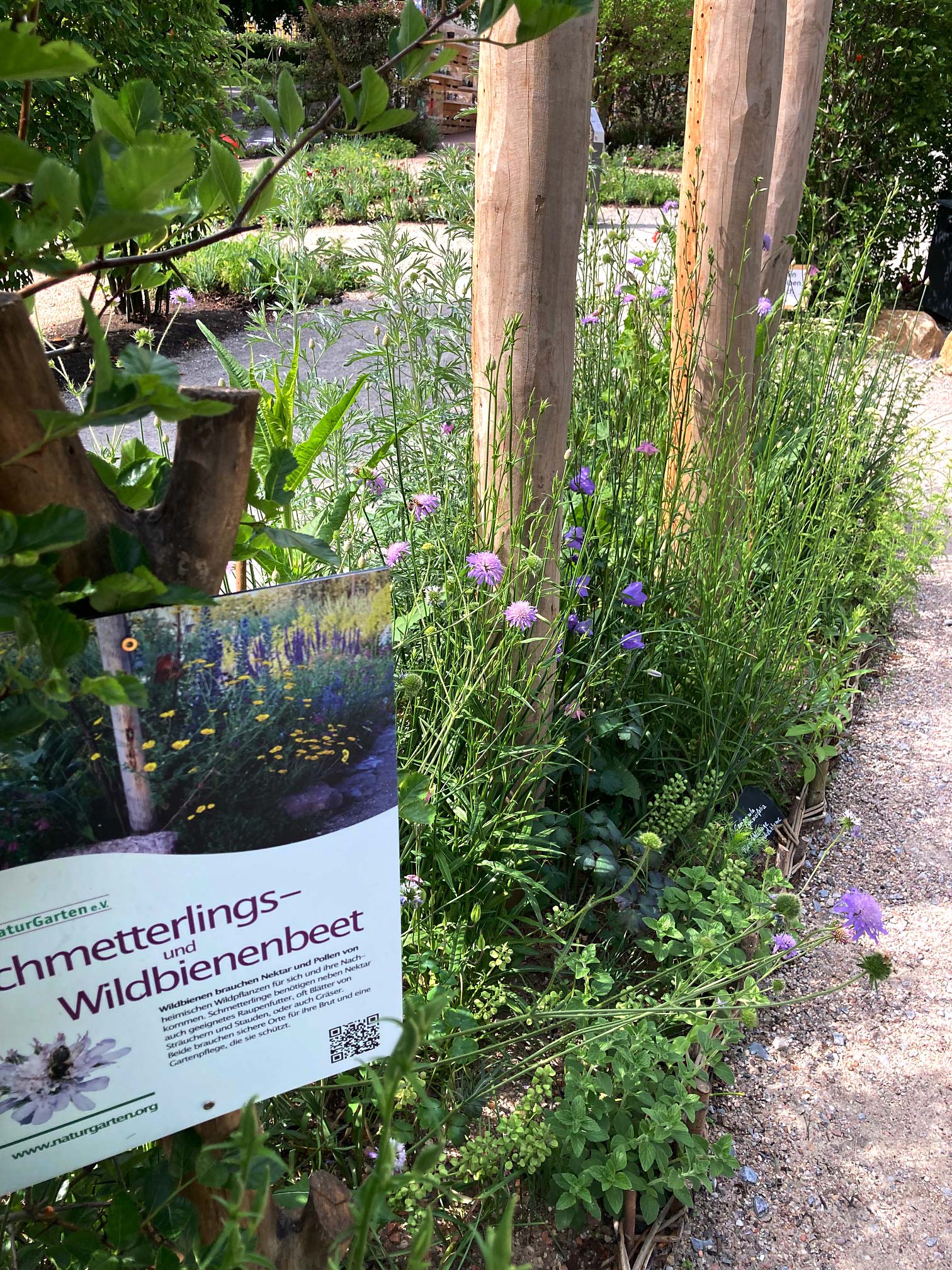 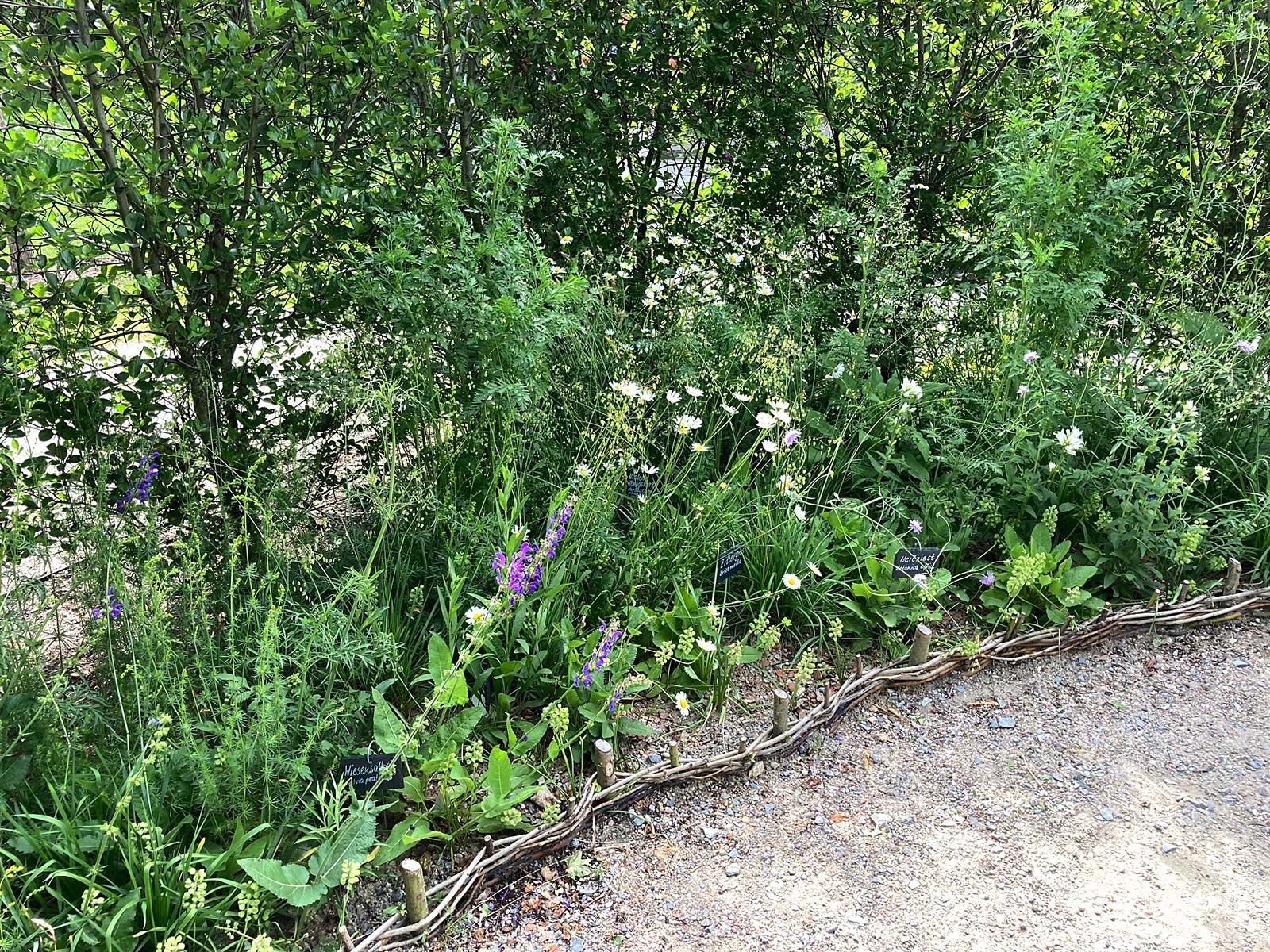 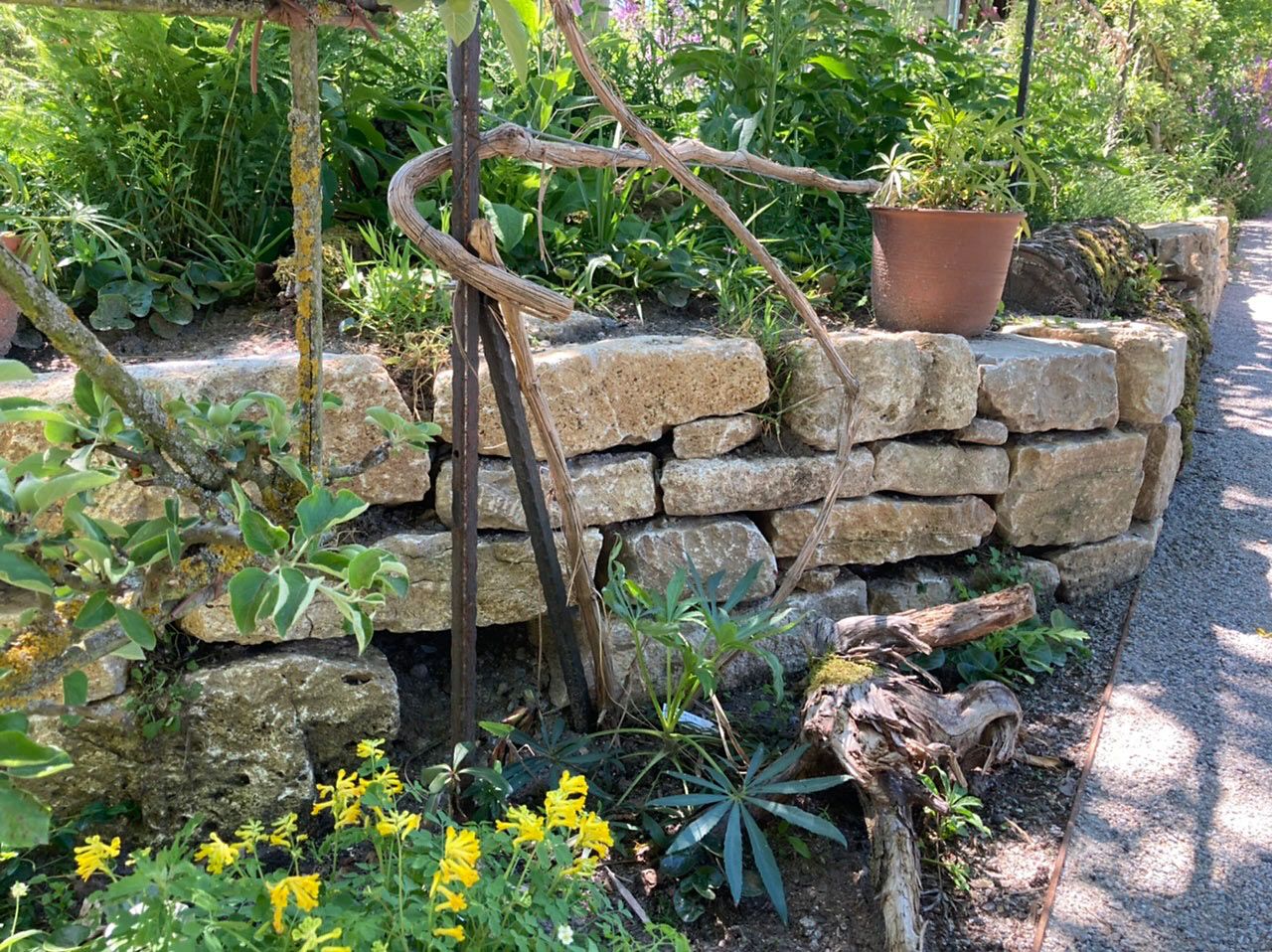 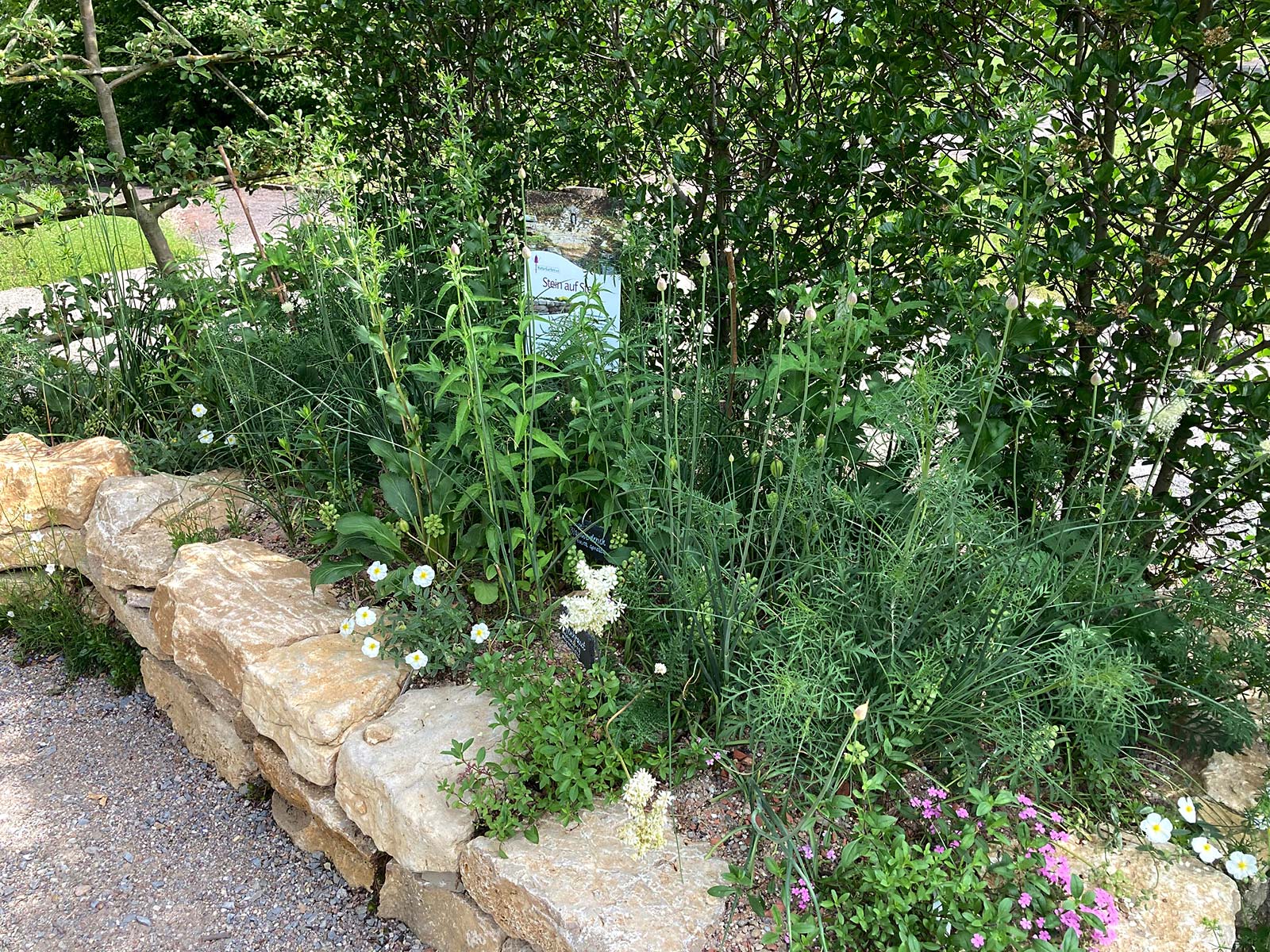 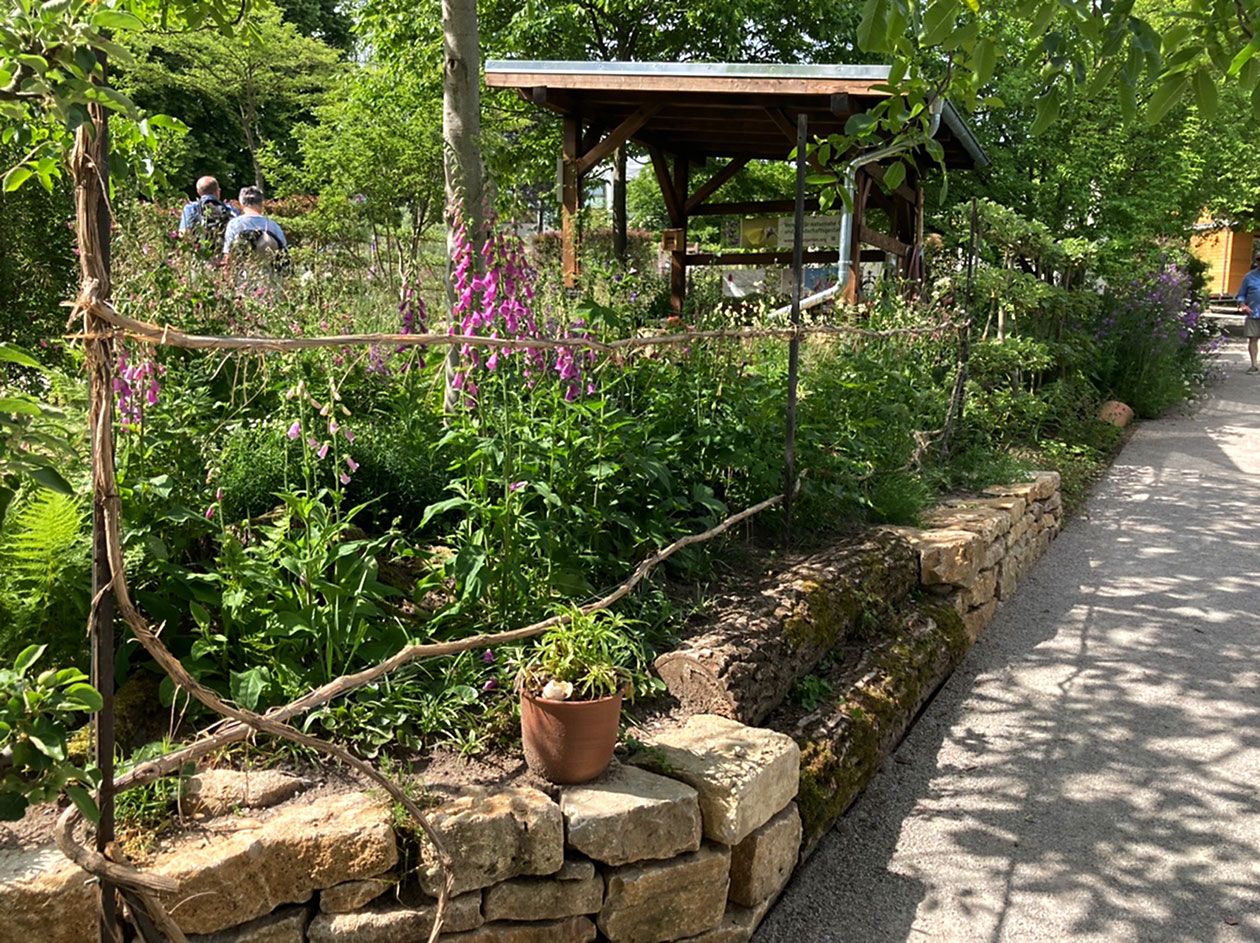 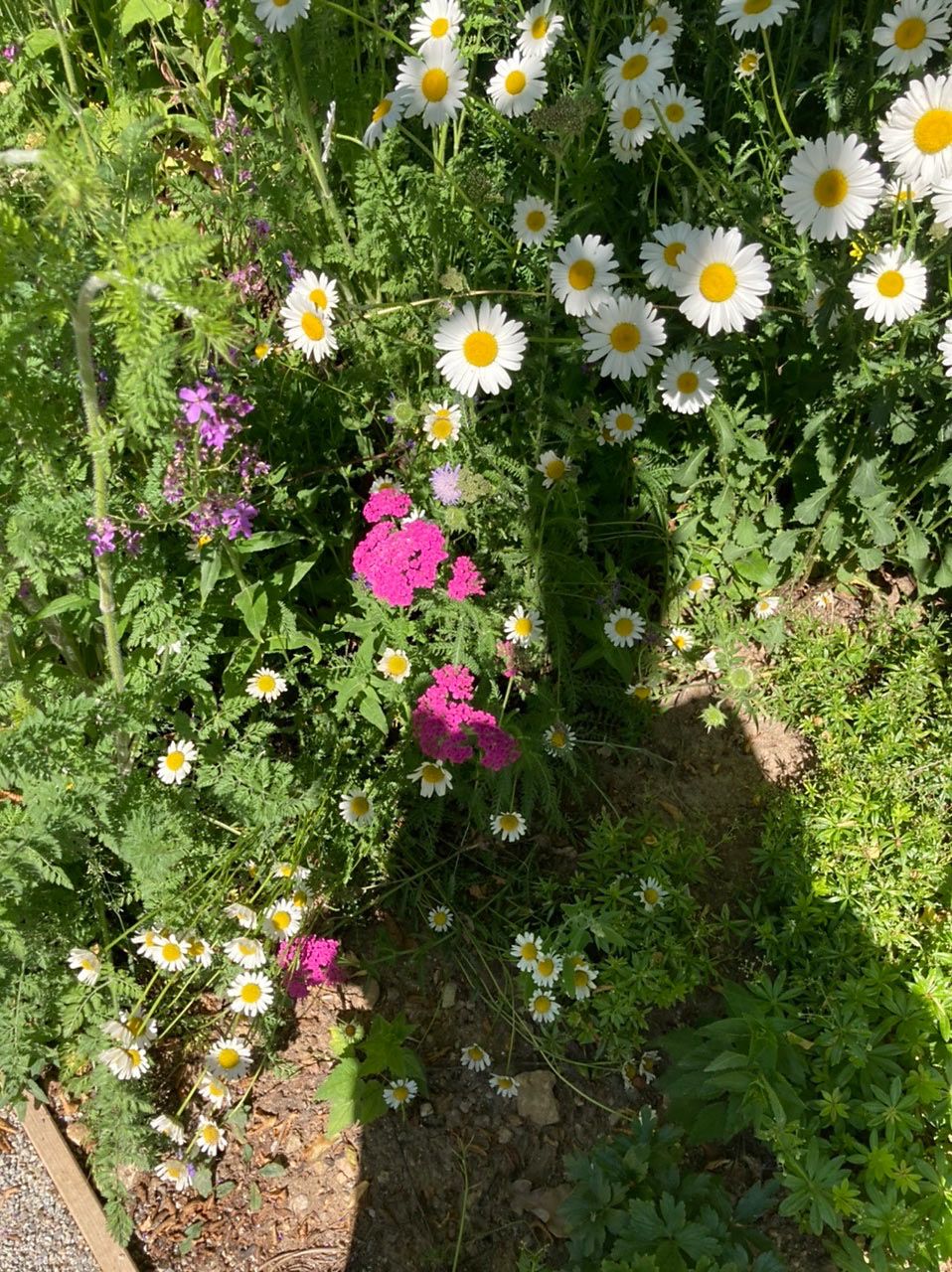 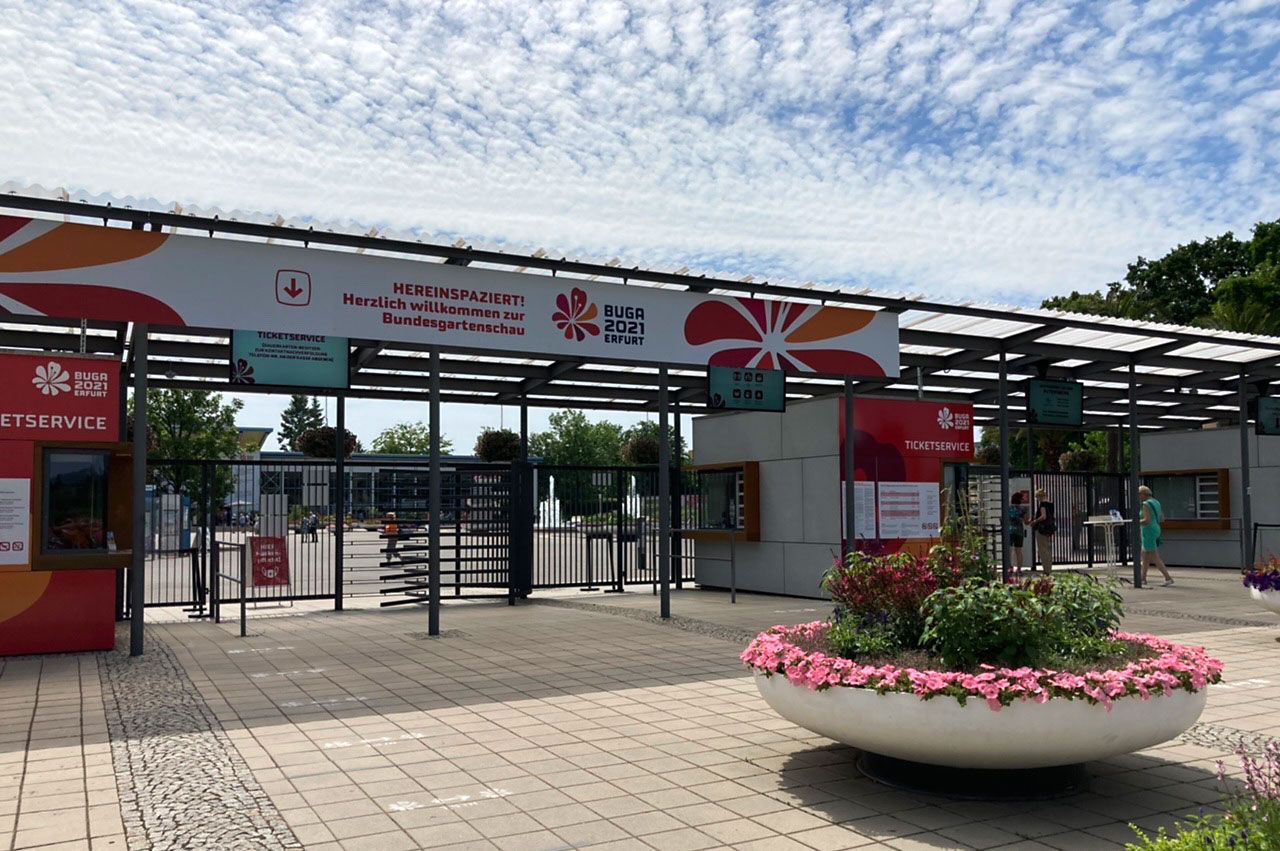 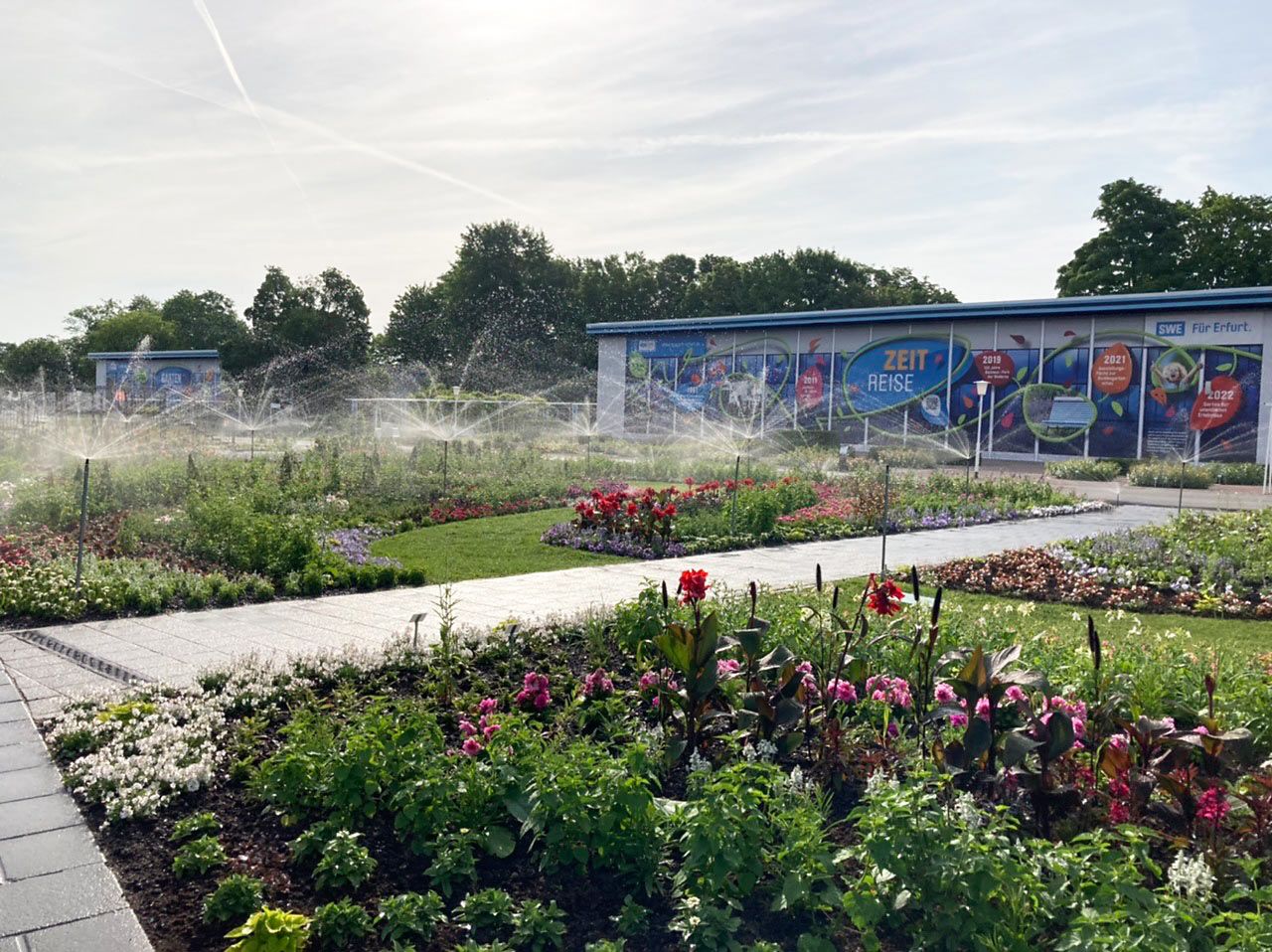 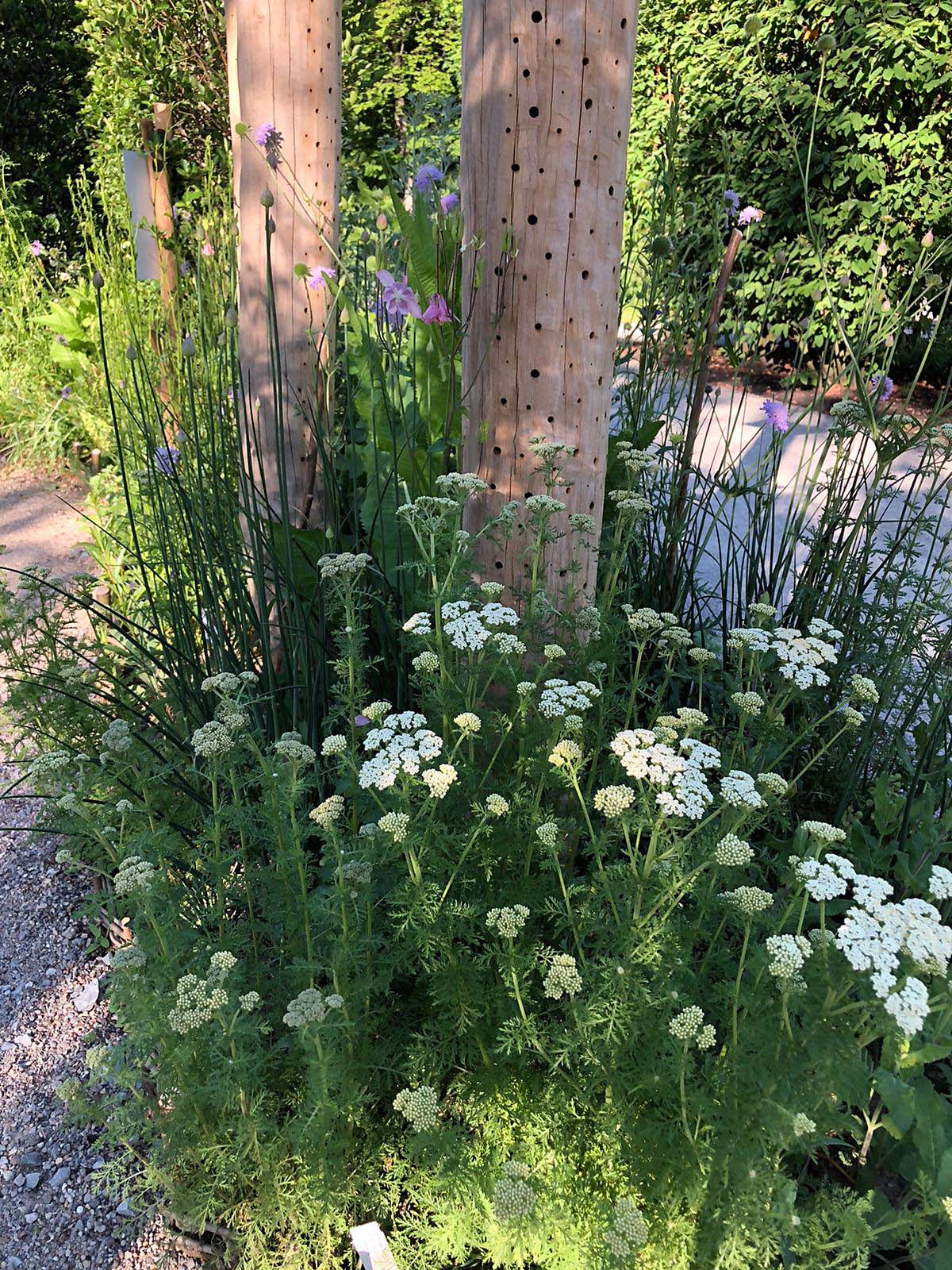